Bordering Brooklyn and Queens lies Amber, Ruby, and Sapphire Street, locally known as the “Jewel Streets”, or its more abysmal nickname “The Hole”. This neglected stretch of land located on the border of the neighborhoods of East New York, Brooklyn and Lindenwood, Queens sits 12 feet below street level, making it the perfect pool for overflowing stormwater and sewage from surrounding areas.

The Jewel Streets resemble more of a Louisiana swampland than the iconography of the world’s richest city in which they reside. Without being connected to the city’s main sewer system, most residents are forced to own and maintain private septic tank systems. This presents challenges during extreme weather events and inevitably leads to flooding, stagnant pools of water, overflowing septic systems, and impassibility of the roadways. The area is also subject to frequent illegal dumping, abandoned vehicles, and underdevelopment.

The sewage system for the Jewel Streets has been in the City’s budget for decades to no avail. Residents are fed up and disillusioned by the City’s empty promises. It is East New York Community Land Trust’s mission to press forward the movement for improving sanitation and climate resilience for Jewel Streets residents.

ENYCLT has been busy organizing tenants and landowners to pressure local agencies and policymakers into action, working in close partnership with Cypress Hills Local Development Corporation and Pratt. Demanding solutions, timeline, and commitment beyond empty words, the East New York CLT reinvigorated the push to address the lack of drainage and suitable living conditions for the area. 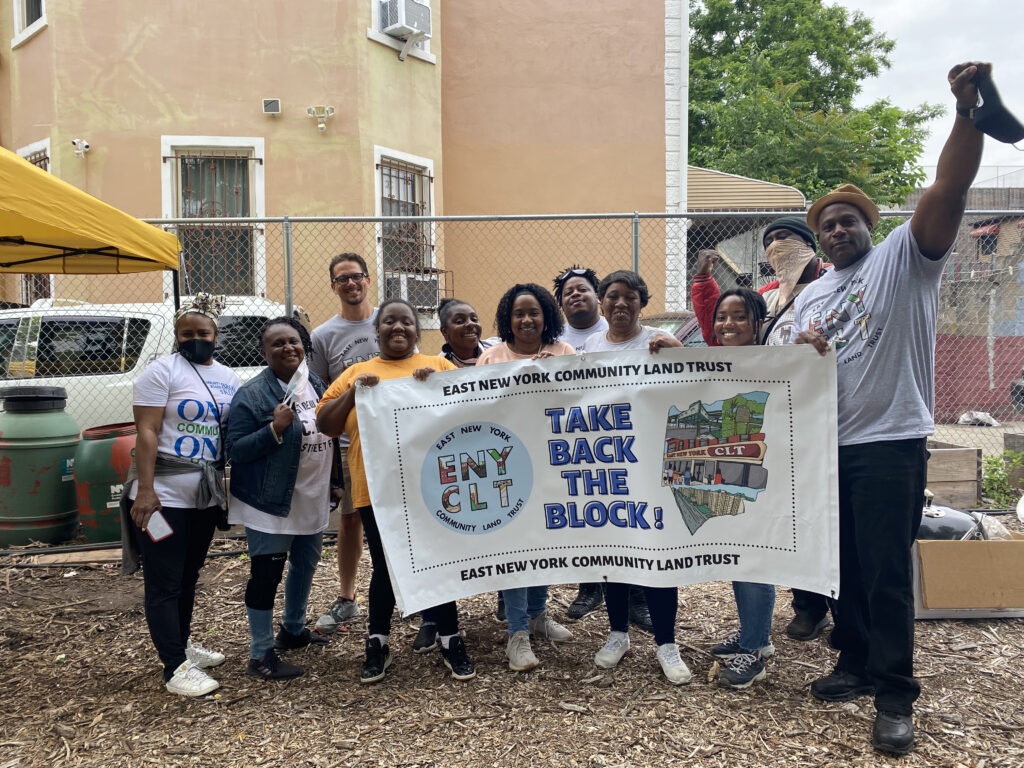 Gothamist: City officials offer glimmer of hope for ‘The Hole’, after decades of neglect |Apr. 26, 2022

Vincent Xue, The Hole: A Border Between Brooklyn and Queens: https://vimeo.com/11829554